An In-Depth Look at Punitive Damages 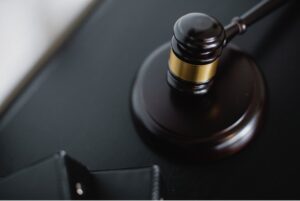 Most people have never been in a situation where they had to understand what punitive damages are, but courts have to constantly make decisions about punitive damages. For those unaware, punitive damages are meant to punish, reform, and deter the defendant from engaging in conduct that has hurt another party in one or more ways, like financially or physically.

What Are Punitive Damages?

Before examining what is punitive damages, one must understand that this is very different from compensatory damages. Punitive damages usually involve circumstances that involve extreme misconduct. The jury is expected to examine the seriousness of the situation and award punitive damages based on the evidence set forth.

Punitive damages are never given alone. The point here is that they are an extra punishment to other compensatory damages, and the hope is that the punitive damages will deter the negligent party from performing these same actions in the future.

There are many examples that you might be able to think of where an individual could be entitled to punitive damages. One of the most famous examples of punitive damages involves Stella Liebeck, a woman who experienced second and third-degree burns thanks to a cup of coffee from McDonald’s. She experienced severe injuries and spent some time in the hospital to recover. She was also unable to work following the event.

Liebeck was awarded punitive damages when McDonald’s refused to pay her hospital bills, and she was awarded much more than just the compensatory damages. McDonald’s also lowered their coffee’s temperature when it was revealed that hundreds of similar claims complained about the coffee temperature. This lawsuit is one of the most famous in American history and is known as the “hot coffee lawsuit.”

If you are still asking, “what is punitive damages?”, let’s explore another example. Say that an individual is watching TV one day and is interested in losing weight. They see an advertisement for a weight loss pill that is all-natural and decide to order some. Once they ingest the pills, they immediately become incredibly sick.

The court would then determine what caused the individual to fall violently ill and examine whether the company was grossly negligent in advertising its products. There is ample evidence suggesting that the company knew all about the potential health risks but chose to keep that information from the public.

Have more questions about punitive damages or other personal injury-related law? Reach out to Erjavec Injury Law at our website or call 941-907-1133.