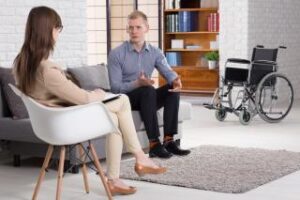 If you’ve suffered a spinal cord injury and are seeking compensation for your injuries, it’s important that you begin working with an injury lawyer in Bradenton right away. The right attorney will be able to gather the facts of your case and help you file a successful suit. Your attorney will also prepare you to counter common defenses in spinal injury cases. The most common types of defenses are described in the article below; your lawyer should explain each of these to you in further detail and address whether any of these common defenses will be used in your case.

In these cases, the defendant often argues that the plaintiff’s own negligence directly caused or contributed to the injury, so therefore, the defense argues the injured party is not entitled to any compensation. For example, let’s say you tripped on a poorly maintained staircase at your apartment complex and were injured as a result. However, you were also intoxicated at the time of the injury. The defendant could argue that your injury would not have occurred if you’d been sober, despite the failure to maintain the stairs properly.

In these cases, the defendant could argue for contributory negligence, which means that your own carelessness was the primary contributor in the accident. Or, the defense could argue for comparative negligence, in which the apartment complex owner accepts some responsibility for the injury, but offers a lower amount of compensation due to the injured person’s role in the incident.

If you received your injury while participating in an inherently dangerous activity (snowboarding, horseback riding, bungee jumping, etc.), the defendant is likely to use a defense known as “assumption of risk.” This defense essentially states that you knew you were participating in an activity that could result in an injury, so the defense cannot be held responsible for the incident. Defendants use this tactic regardless of whether you signed a waiver before engaging in the activity.

Whatever your situation may be, speak to a personal injury lawyer in Bradenton. An attorney will help you to decide if you have a case worth pursuing.