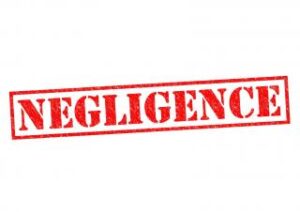 The cause and fault of a car accident isn’t always a black and white. Often, an accident occurs due to a variety of contributing factors, including the response of drivers involved. Because of Florida’s Pure Comparative Negligence System, damage awards are limited by how at-fault or negligent a party is.

For example, if a Florida Court determines you are 10 percent at fault or negligent in an accident, you would only be eligible to recover 90 percent of the damages awarded. The law, adopted in 1973, apportions negligence to different parities. This means that a variety of insurance companies may be involved in a personal injury suit in Florida.

Florida law requires that 3 conditions be met in order to establish negligence:

3.       Failure to meet that duty caused your injuries or other damages.

Other parties to an accident, including insurance companies, will act quickly to find evidence to assign blame, so it’s wise to have a Sarasota personal injury attorney in your corner. Hiring an attorney doesn’t necessarily mean that your case will go to trial. Some cases end up in trial, in which a jury is called upon to apportion blame and award damages. Other cases are resolved in mediation, where lawyers and their clients negotiate a settlement.

In either situation—a trial or mediation—evidence will be used to determine blame. Proving blame will be a big hurdle in any case that emerges. Of course, video and photos can be used as evidence, but in most cases, blame is assigned by using witness accounts and the statements of those involved. When putting together an accurate and detailed description of what occurred, time is of the essence. The comparative negligence system makes the decision to hire a personal injury attorney following an accident even more critical.