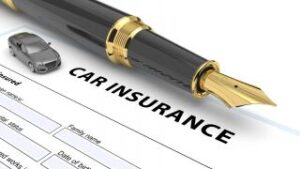 When moving to the Sunshine State, some drivers might not realize that Florida is one of the 12 no-fault car insurance states in the country. What that means is that following a car accident, each driver goes through his or her own car insurance company to process claims for injuries and repairs. Here’s what drivers need to know about no-fault car insurance.

There Are Very Few Exceptions

In Florida, it doesn’t matter whether the police can’t determine which driver caused the accident or if it’s clear that the other driver decided to run a red light. In almost all cases, both drivers will be paying their deductibles to their insurance companies to get the damage fixed. That makes defensive driving even more important than usual in the Sunshine State, because one driver’s error could set another driver back hundreds of dollars. If only objects are damaged, or injuries are minor, the costs can add up in a hurry.

Because the driver’s insurance always has to pay on a claim by its driver, drivers are required to carry at least $10,000 worth of personal injury protection on their policies. This allows an insurance company to properly pay out a claim without the risk of losing money on the deal.

Florida isn’t heartless. The state allows for an exception to its no-fault car insurance policy in the case of a permanent injury. If a driver’s carelessness causes another driver to be paralyzed from the waist down, the injured driver can sue both the at-fault driver and his or her insurance company for fair compensation. The injury has to be deemed permanent, or there has to be permanent scarring or a permanent loss of bodily function for the lawsuit to succeed in Florida. That makes the power of an accident attorney who can prove such injuries were sustained in the wreck critical if a driver is injured on Florida’s Gulf Coast.

No-fault car insurance might be a shock to drivers on the Gulf Coast, but it’s not something to stress about. It just means that drivers need to be careful on the road and have a quality Sarasota car accident attorney in their corner if the worst does occur.