What is Tort Law 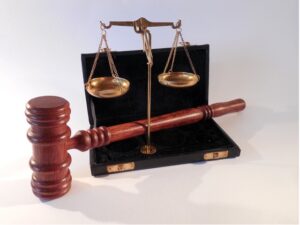 Have you ever been harmed by the negligent or intentional actions of others? If so, there’s a piece of good news for you! You can file a case against those people under the rule of tort law.

Now you might be thinking, what is tort law? Well, it’s an area of law that’s designed to guard people against the careless actions of other individuals, corporations, etc. Today’s piece will help you to learn all about tort law.

Now, let’s dive in and take an in-depth look at what tort law is, why it matters, and what you should know about it.

Tort law protects a person from the harmful and irresponsible acts of others that may result in a loss of some kind, like financial or physical damage. And this type of law makes sure that a person who’s been wrongly done receives compensation for the loss.

Tort law also ensures that the person who has caused the harm is warned and discouraged to repeat the action. But note that tort law doesn’t cover contractual disputes.

What You Should Know About Tort Law

Tort law helps innocent people to guard themselves against the actions of wrongdoers. But how can you identify a tort law case? It’s fairly straightforward. Tort law is divided into three categories: negligent torts, intentional harm, and unintentional but non-negligent torts (also known as strict liability torts). Here’s what these terms mean in real-life scenarios.

A negligent tort is a harm done to a person or a group of people, generally as a result of not properly exercising a certain level of care. For instance, car accidents, construction accidents, and slip and falls are some common examples of negligent torts. Negligent torts are often compensated through money, extra services, and awards.

Unlike negligent or intentional torts, strict liability or non-negligent torts aren’t concerned with the culprit. As a matter of fact, non-negligent torts focus on the act itself. For instance, if a car manufacturing company produces a defective vehicle – then the company is responsible for the damages caused by the act.

If we are to define tort law in a one-liner, then it’s a form of restorative justice for the public. Tort law makes sure that a person who’s unintentionally, intentionally, or non-negligently wronged receives full compensation for their loss.

If it weren’t for the tort law, the victims of negligence or intentional harm by someone else would never get justice and receive compensation for their loss. Tort law drastically helps the public and even industries to catch, report, and make the culprits responsible for their careless actions. Without tort law, it’s nearly possible to exercise the regulations it covers.

If you ever need help with any personal injury-related law, reach out to Erjavec Injury Law at our website or by calling 941-907-1133.